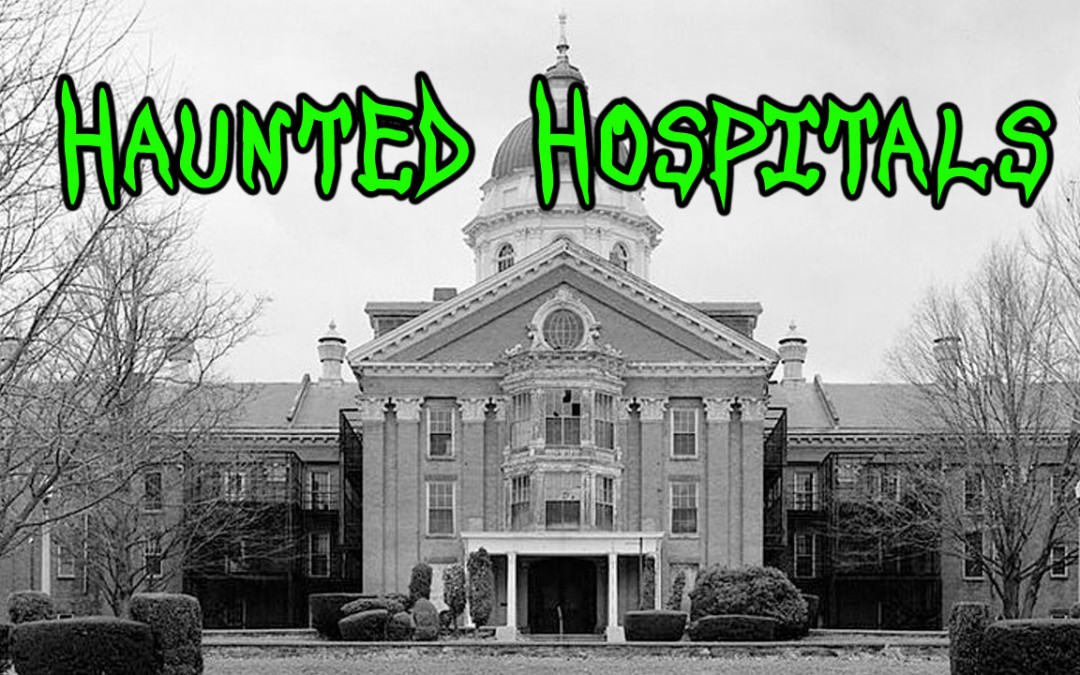 From creepy Asylums to scary military medical centers, we count the most haunted hospitals in the world. 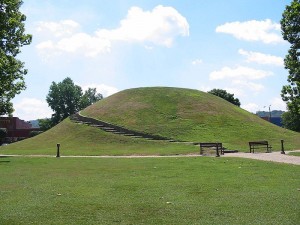 The Native-Americans really knew how to build a burial ground

The royal hope hospital was a Spanish hospital in what is now Florida. It served the Spanish military from 1784 to 1821 and was built on an old native American burial ground. So it already sounds like the ideal setting for a terrible horror movie. Which is fitting, seeing as almost everyone who visits the site reports some kind of paranormal experience. They claim the hospital beds often rise into the air, as if controlled by poltergeist. According to local legend, the spirits of dead Native-Americans sometimes emerge from their graves and attack to ghosts of the Spanish soldiers who disturbed their resting place all those years ago. 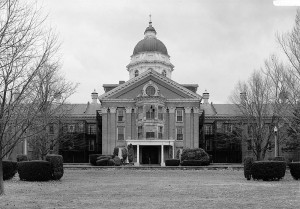 That’s right! It’s the image from the thumbnail…

Taunton State is a psychiatric hospital for the criminally insane. Built in 1854, the complex was home to some of the most savage killers in North-America. If records are to be believed, doctors would often drag patients into the basement and force them to take part in satanic rituals. To this day people visiting the basement experience an unexplainable feeling of fear.

People believe the hospital to be cursed. They claim the satanic rituals actually summoned the devil to the site, and people are supposedly approached by shadowy figures of souls that escaped from hell. 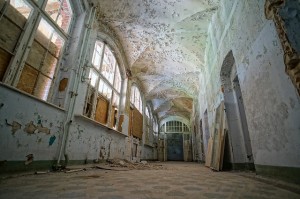 Old Changi hospital is world famous as the most haunted place in the Singapore. Which isn’t hard considering Singapore is basically just one big shopping centre. During the second world war the hospital was used by the Japanese as a military prison camp. The hospital was also used by the Japanese secret police as a torture chamber. The building is also reportedly haunted by the ghosts of those tortured to death there. Local police believe that every Sunday night, the ghosts burst out into the streets of Singapore and attack anyone in the area. If you are attacked by the gosts, you will come to no imediate harm. But by the end of the week you will be driven insane. 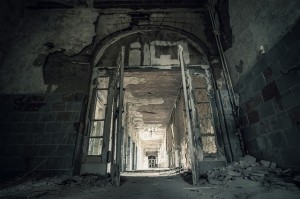 Willard Asylum for the chronic insane was an appropriately named insane asylum in New York. Opening it’s doors in 1869, the building has seen many years of pure horror. Women being sent to the asylum just for showing interest in sex wasn’t a rare sight. Most patients would never leave. Rather, die during their stay and be buried in unmarked graves. People claim that being buried in unmarked graves disturbed the patients to the point where their spirits were left behind. Left behind to walk the halls screaming for revenge. 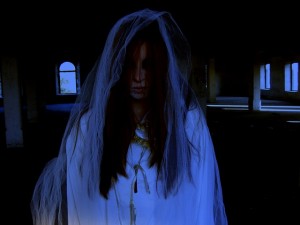 imagine seeing this in the middle of the night

Tranquille Sanatorium, in Canada, was a tuberculosis hospital that closed down in the 1950s. When the place closed, it was encircled by rumors that all the patients were murdered by the staff. The hospital was soon reopened to treat mentally ill people but ultimately closed permanently in 1983. Visit the place today and you might see orbs of light floating through the air. You might even hear voices coming from the walls.

A hotel resort has been built on the grounds. People staying there often report being approached by the ghost of a nurse who was strangled to death by a patient. And with reports like that, I have no idea why people stay here. 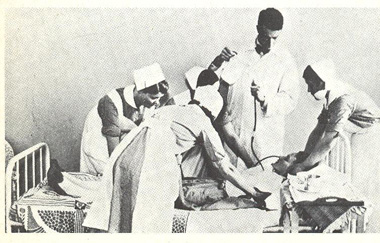 Severalls hospital, in England, was one of the most brutal psychiatric hospitals of all time. Doctors were basically allowed to experiment on patients in whatever way they wanted to. These included both lobotomies and electroshock therapy. Women would often be sent here as a result of being raped – only to find themselves blamed for it and brutally experimented on. Many of these women died due to such experiments. This has led many ghost hunters to believe the disturbed souls of the women to have stayed behind long after they died and had their bodies cremated in the morgue. 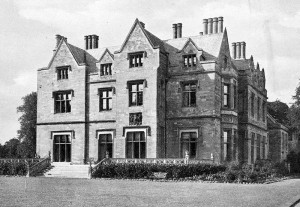 Nocton Hall is an English manor house. During the second world war, it was used by the Americans as a military hospital. Several reoccurring stories exist of the ghost of a young girl. Every night she haunts the same room for 7 hours while crying the whole time. People who sleep in the room find themselves waking up at exactly 4:30 AM. They see a ghostly young girl next to the bed. They say that if you gain her attention she will tell you stories of life in the 20th century. The last story she tells is of how she was a servant girl killed by the owner of the house and buried on the grounds. Her grave being unmarked. 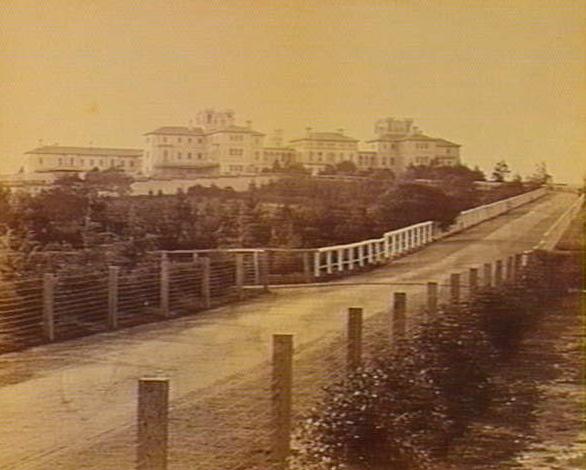 Opening in 1869, Australia’s Ararat lunatic asylum was home to some of the most dangerous patients in the world. Psychotic killers were sent here from all over the British empire. It was closed in 1998 but during it’s 130 years in operation, 13,000 people died. Ararat was made up of 68 buildings. Every single one of these buildings is reported as haunted.

Spirits supposedly walk the corridors of the asylum. Said spirits either appear as nurses in white uniforms or as dark shadowy figures with freakishly long arms. Electrical lights always flicker whenever one of the shadowy figures walks past. 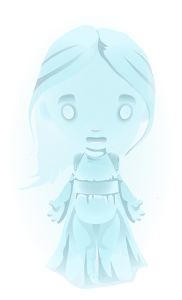 The Kings Park Psychiatric Center operated from 1885 to 1996. It was one of four giant asylums constructed on Long Island. On the grounds is a cemetary where they buried the unclaimed bodies of patients who died during their stay. They say that if you visit the graveyard at night on the 3rd of April, you will hear muffled screaming and the sound of fingernails scratching against the lid of a wood coffin. People who hear the noises don’t tend to stay very long, so who knows what else goes on at the haunted hospital. 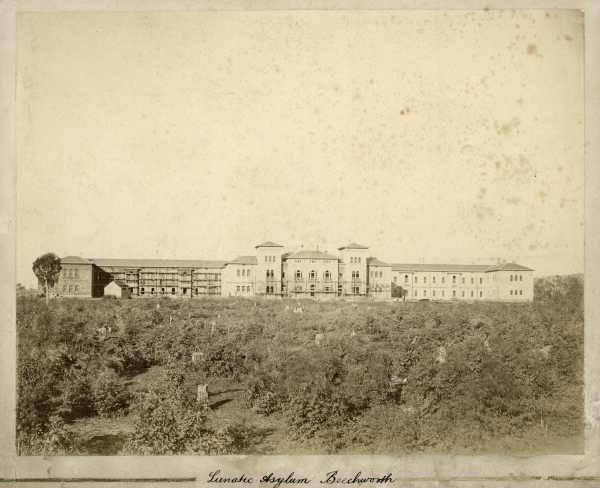 The place looked terrible in 1867

Heading back to Australia, Beechworth Lunatic Asylum was the sister hospital of Ararat. As only 2 signatures were required to commit someone, the asylum housed over 1,000 patients. Unlike Ararat, which was famous for it’s deaths, Beechworth was famous for the mysterious disappearances of numerous patients. The place was also famous for it’s brutal experiments. Enter the operation rooms and you would see dozens of glass jars containing human organs.

Around 9,000 people died at the hospital. One of which was a young girl who was thrown from a window. They never found out who threw her out of the window… or even if it was done by a patient or not. People visiting the site often report seeing what looks like a young girl falling from the building. But when the person runs over to the spot she fell to, all they find is a doll.   Dolls + haunted hospitals = madness.