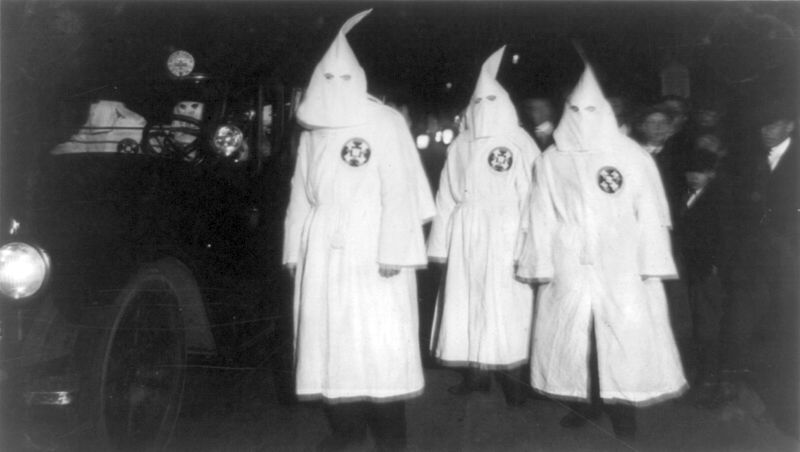 History is full of people trying almost anything to gain political control of a country. Luckily, most of these people are just…just complete morons. This is a list of the 10 Worst Attempts At World Domination.

Taking control of just one country would be your first step to world domination; so get ready to learn the top ten don’ts. Some people featured in this list, like Hugo Chavez or Adolf Hitler, went on to achieve some of their dream of absolute power. Some were never heard from again after their famous political. blunders 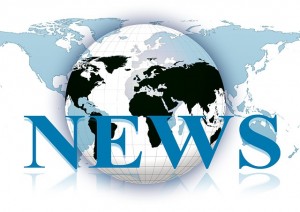 American media corporation CBS news once genuinely tried to invade the sovereign nation of Haiti. In 1966, the Haitian government was going through a period of instability. CBS’s completely reasonable and logical reaction to this was to fund rebel fighters who wanted to invade to country. They agreed to finance invading forces in return for the exclusive rights to footage of the fighting.

The rebels would fight, and CBS would report on it. The rebels were largely Cuban and their plan was to invade Cuba after they were done with Haiti. CBS news invested 200,000 dollars in the rebels.

The plan ultimately failed as delays led to CBS pulling out of the plan. The United States government caught wind of the plot and went on to arrest the majority of the rebel leaders. U.S. officials were shocked to find out about the plan but to be honest…an American news corporation trying to control an entire country is nothing new. 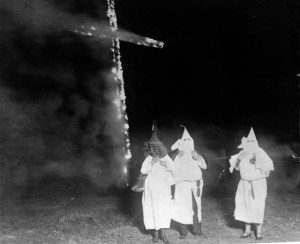 In 1981, nine white supremacists were arrested while loading a boat with illegal machine guns and dynamite. It was hard for the men to explain the weapons to the FBI, especially when a large Nazi flag was also found on the boat. The nine men, mostly KKK members, were made up of groups from America and Canada. They were arrested in New Orleans; the media dubbed the incident “Bayou of pigs” for some reason…

It was soon revealed that the men were planning on sailing to the Caribbean and invading the tiny Island nation of Dominica. The nine men would then take power and live like kings. They were financially backed by South-African officials and the men were given 3 year sentences.

The thing I don’t understand is why a group of white supremacists would want to invade a country with a 70% black population. 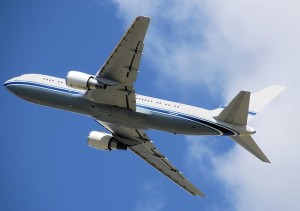 Let me take you back to 1972. The current leader of Morocco is King Hassan. In August of that year the kings personal adviser decided that he wanted to be king. So he waited until the king was flying his jet home from Paris, before sending fighter pilots to kill him. The pilots intercepted the king’s jet and began firing at it without realizing something crucial.

They didn’t have any real weapons. Their jets were still loaded with non-lethal practice ammunition. The king’s reaction to the attack was to grab his radio and tell the rebel pilots “Stop firing, the tyrant is dead”. Convinced that they man talking was dead, they landed their jets on the ground.

The King then arrested anyone who could have possibly have been involved in any way. The rebel adviser was found dead shortly after. Suicide was suspected.

On the west coast of Africa lies the small country of Ghana. In the mid 1980s, an entire army of eight individuals tried to overthrow the Ghanaian government. They were hired by a mysterious man named Godfrey. Godfrey told them that the whole thing was part of a CIA operation and that they will be greeted by 80 armed rebels when they reach Africa. Neither of which was true.

They decided to set off for Ghana from South-America. But before they could reach Africa they were arrested for illegal international weapons smuggling. 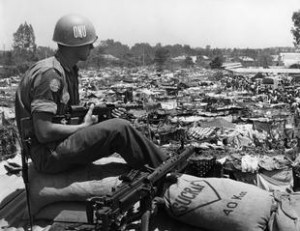 Mad Mike is an Irish mercenary leader. He is famous for his failed overthrow of the government of the tiny island nation of Seychelles. In 1981 he created a rebel group called “Ye ancient order of froth blowers”. They hid their weapons inside their luggage when they arrived at the countries airport but they dun fucked up.

They accidentally cued up in the ‘something to declare’ line. Which would mean their bags would have to be searched. If the bags were searched, the weapons would be found and they would be arrested by authorities. In order to avoid this they started shooting people and managed to hijack a plane.

They were soon forced to land the plane, and were arrested. Mad Mike was charged with a fuck load of crimes but eventually went on to enjoy a great life. He qualifies as an accountant and wrote a whole load of books.

The big man himself

In 1992 Hugo Chavez arrived in the capital of Venezuela with several army units. His aim was to capture key building and to inspire the masses to revolt against the government. The problem is that someone informed the authorities of the plan. So when the rebels arrived in the city, the military immediately started killing them.

They found themselves under so much fire that Hugo Chavez, the big man himself, was forced to run out of his vehicle and into a local museum. When he tried to leave the museum, he found the door was locked…so he was just trapped in a museum all night!!

The weird thing is that his rebel friends had captured a lot of other cities across the country. But it led to nothing without Chavez’s leadership.

Chavez did eventually manage to become a fully qualified dictator of Venezuela. Which just shows that hard work and persistence pays off. 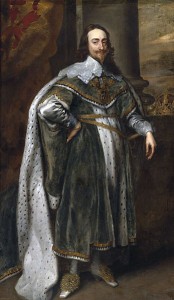 The most noble king of England

King Charles i lost the English civil war, meaning that he lost power. He was still king but he was under house arrest as no one really knew what to do with him.

The king wanted to regain power. So he started sending letters to politicians threatening to kill them and their entire families. Which didn’t go down well, so he started writing to his friends asking them to rise up and protect him. He managed to escape where he was being held captive with the plan of escaping to Scotland. He convinced to Scottish monarch to join his supporters in declaring war on the English government. The result of his actions was the second English civil war.

The English parliamentarians won the second civil war just like the first. The difference is that this time they put king Charles on trial and held him responsible for the war. He was basically charged with the murder of 300,000 people. 6% of the English population.

yup. This is King Louis

During the French revolution King Louis and his wife were also put under house arrest. Their master plan was to escape to Austria, raise an army and regain the French crown. They removed their royal garments and silly hats and disguised themselves as regular rich people. Which wasn’t much a disguise in 18th century France.

They fled to the Austrian border and ALMOST made it. They were recognized by someone who turned them in to the revolutionaries.

They were arrested on 13 August 1792 and sent to a prison in Paris. Just months later, the French monarchy was abolished and Louis was stripped of all his titles and honours. He was finally executed in January 1793 via guillotine to the face. 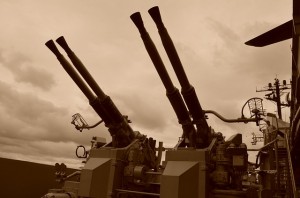 The Manhattan rebellion was when some members of the Royal Thai Navy decided that they want to gain political control of their country. So they kidnapped the prime minister of Thailand and held him hostage on a warship. BIG MISTAKE! They assumed the government and military of Thailand would be desperate to secure the safety of the Prime minister.

Turns out they weren’t…the Thai army simply started bombing the ship and didn’t stop until it sank. The rebels were outnumbered in literally every way so they didn’t last very long. 103 civilians were killed and over 500 were wounded. The amazing thing is that one of the few people to survive the event was the Prime minister. The loss of the ship was seen as devastating as it was a gift from America. It was also their most powerful warship. 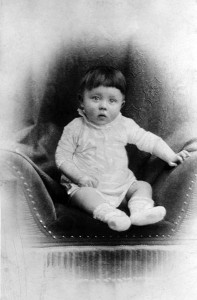 Adolf Hitler as a baby. Seriously.

Adolf Hitler wasn’t always the ruthless dictator of Germany but he always had high hopes. Even after he got rejected from art school. In 1923 the German government was hosting an event at a beer hall. Adolf Hitler and his Nazi friends burst through the door and declared a fascist revolution. However, the Nazis were soon forced to flee the area as they didn’t expect the armed police to shoot at them.

They say that Adolf Hitler was seen cowering behind other people as he ran for safety. Two days later, Hitler was arrested and charged with high treason; he was put on trial and sentenced to 5 years in prison. The failed coup taught uncle Adolf the value of propaganda. So he wrote Mein Kampf.