From invisibility to super gadgets. This is a list of 5 epic ninja facts. 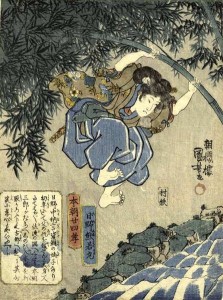 Ninja were feared across all of Japan, for their expertise in assassinations. Due to their immense success, and the fact that a ninja was never caught, people began to theorize that the Ninja had supernatural abilities, like invisibility, teleportation, sensing danger they cannot see, passing through walls, and tracking faint smells for miles. The Ninja saw the myth as an asset, and tried to perpetuate it as best they could.

4) Ninja Had Gadgets Ahead Of Their Time: 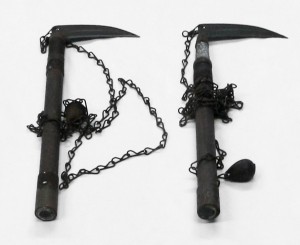 Ninja had special shoes that made their footprints appear to be that of an old lady’s, so that people couldn’t track them. Among the weapons used by Ninja there were disguised knives and swords, metal claws, spikes they could drop when escaping to damage the feet of their pursuers, and 30 different kinds of deadly shuriken (throwing knives). They also used arrow-mounted-rockets, smoke pots, rifles and portable cannons that shot gravel and iron chips. They also used smoke bombs, and had a device that allowed them to listen into conversations people were having in different rooms

3) Ninja Were Masters Of Disguise: 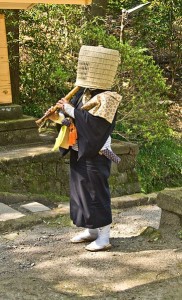 Ninja would disguise themselves, to sneak into areas they wouldn’t otherwise be allowed into. Ninja mainly used seven different disguises, these being: Itinerent monks (monks who wandered the country side), Buddhist monks(so they could sneak into buildings), mountain ascetics (a monk who lived on a mountain), merchants, actors, street entertainers, and “normal appearance which means they appear as normal everyday citizens. It is said Ninja could use these disguises to get in anywhere. People feared the Ninja because this ability meant they could be anywhere.

2) Ninja Had No Masters At First: 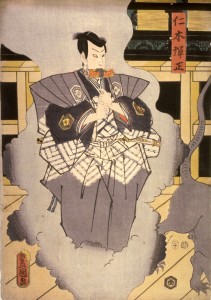 At first Ninjas had no masters except for their teacher. They would live in secluded areas and hire out their skills for money. Anyone could use the Ninja as spies, or assassins for the right price, and the ninja would take any job. The Ninja were around during a time of. turmoil, many warlords were fighting for control of Japan. Warlords would often rent out the Ninja. One crafty warlord soon realized they could be a valuable asset if he had them all to himself. He convinced the ninja to work for him and no one else, which they agreed to.

1) Ninja Were Not Only Masters Of Attack, But Also Defence: 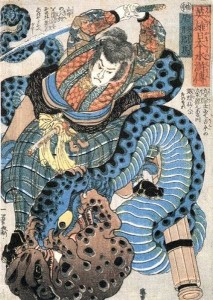 The ninja could defend an area almost, as, well, as an army due to their espionage skills. Ninja defended their hidden hide outs by sleeping underground, which perpetuated the myth that they were invisible. If they aren’t invisible, then why can’t we see them sleeping? They also have secret passage ways, which allowed them to appear put of nowhere and attack their enemies. This also made intruders believe the myth that they could walk through walls. When the ninja were hired by a specific warlord, they would disguise themselves as farmers, and work outside the warlords house. When enemies attacked they would expect, peasant farmers to be armed by deadly weapons; the surprise threw them off, and they were easier to kill.